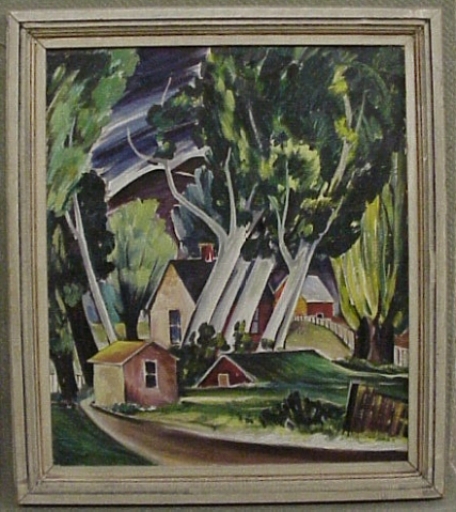 Towering sweeping trees suggest that we are only tiny players in beautiful forested Washington. The majesty of the trees far overpowers our small efforts.

As dusk settles over our house, I look over into the woods. Our green grass lawn is covered in shadows, the trees swaying gently in the evening breeze. The birds singing fades slowly away until it is completely gone, the birds snug in their nests, settling down for the night. I watch as the sun sinks behind the mountains. I sigh and step back into the house. All is well

It was a very weird day in moses lake. It started out to be a very nice day then through out the day it got a little windy. Then the sky would clear up and be nice and sunny. Then all of a suden the sky went black and the wind picked up agian and this time it wasn't a little breeze it was very violent wind trees were bending,and breaking damaging peoples houses and nobody knew what to do. So everyone ran to the house in the ground. But when they tryed to open the door it wouldnt open the door was jamed. So they kept trying to open the door and finaly after 5 min which seemed like forever and right when they were about to all pill in the sky cleared up and the sun came out and the birds were chirping. so everyone went back to what they were doing.

i live in a twisted world, one in which nobody sees. others have tried to come but always disapeir in the constant storm. the trees bend in the furry of the wind that will stop at nothing to stop the others from comeing in. the constant wind begins to drain the colors of all that lay in its path and i begin to wonder if the storm will take it all away...

This picture has a story behind it and that is that the trees are swaying side by side due to a hurricane acoming and the houses are not quite yet moving where it sits. the sky is blackening as the storm approches.

Late one evening all was still. There was a light breeze in the air. A still tension was rising. Never before had it been this quite. As i start to wonder what is going on i notice the colors, the location and the designs of the houses. Everything seems so different than before. What to do?? I know the way home but i can't help but stop to look at everything on the way. The more i stop the more i wonder about everything i look at. it all seems to have a different meaning now. I have a better understanding as to why the houses are painted the colors they are or why the road goes this way. i learned that taking the time to stop and see the scenary can rlly explain alot.

Three children hurried home after spending a long day in the the forest making forts. When they could finally see their home a strong wind began to stir the trees. The children were scared as they watched the dark blue clouds roll by the horizon. The trees swayed so much the tips practically touched the ground. They ran into their house just as the rain began to pour.

once on a windy day, a girl named jasmyne layed safely in her bed. the trees were blowing in the wind with great force and the skies as dark as ever. the wind kept hitting the wall to jasmynes room as loudly as ever. jasmyne lay wide eyed and scared of what might happen next.

I see a happy village where someone is returning home after being gone for a long time and everything looks better.

Once there was beautiful cottage and a girl named Helen that lived in it. She was a happy girl with a good brother and sister. She always played outside with her dog. She had many things but she shared all of them with her sister.

The trees were bent down but she didn't care. She liked to build and make things and one thing that she built was a robot dog. She wanted a dog that could help her do things. Her real dog was only good for playing and fetching. She tried the robot out inside. She pushed one of the buttons and she said to it, "Talk!" The dog said, "Hello Helen." Her sister said that is was great. Her mom said it was fantastic.

Then she went outside to show her real dog. The dog made friends with the robot dog. She brought the robot to school and everyone laughed, except her best friend, Claire.

She went home and played with the robot dog until bedtime. Soon she realized it was more fun playing with a real dog.

Many years had passed and the fond memories of Sunday dinners, friends, and family began to wane. The old house where so many kids had run in the yard, climbed the trees, and let their imaginations run wild still stood, safely tucked between the trees. The boy who grew up there was now a man. He had escaped the city for a long weekend, and was pleased to see the cheerful scene again as he turned onto the lane.

The skies turned dark quickly and the placid atmosphere became raucous as the wind whipped the spring trees from side to side. Instead of taking shelter, they lay on a high point of grass by the fence to watch the drama of the sky.